Ron Jacobs has just answered an interesting question over on his blog. The question is about whether a workflow service operation can be invoked multiple times. Ron does not provide the details of the question but the example he provides implies that the implementation of the two invocations of the same service operation may be different as the same operation name is implemented twice in the workflow. This seems like a design issue as far as the service goes but the question itself is still interesting.

If we assume that the implementation of the service operation is the same (as it should be), how do we keep the service alive so that we can invoke the same method multiple times?

I have implemented this design in a DataExchange service in my Jabiru project on CodePlex. The StartSession operation generates a Guid and returns it with some other service context information. The DoWhile then has a check for whether the session is completed. The session will be completed by one of the following conditions:

This service design can be seen in the following screenshot (full image is linked).

The timeout case is handled in the first pick branch by using a Delay activity and then a check of the current time against when the service was last hit. 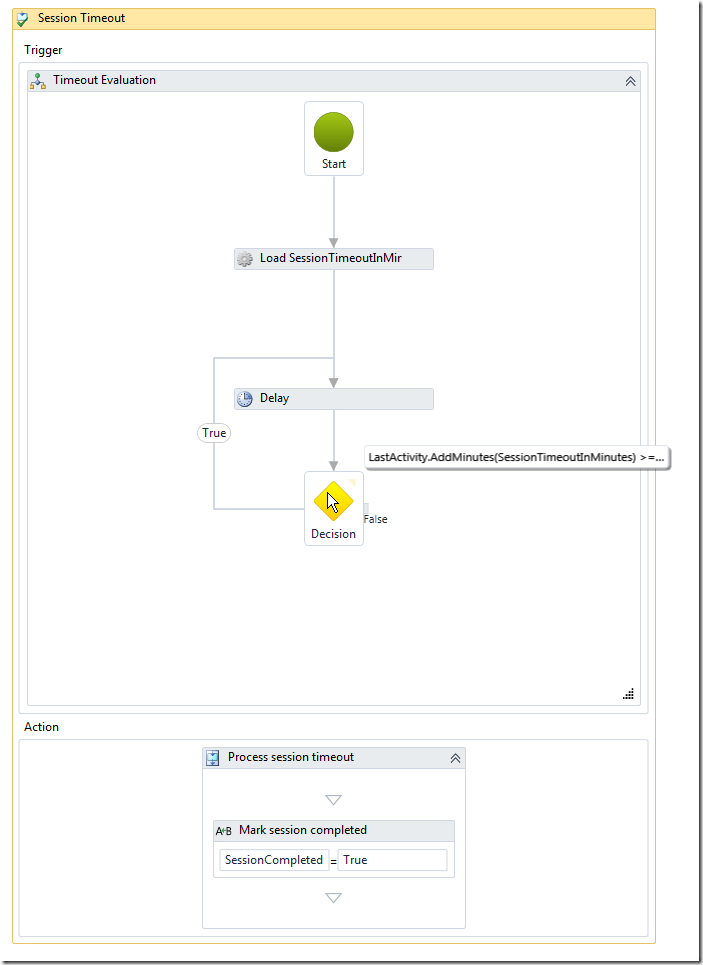 The CancelSession operation simply assigns SessionCompleted flag as True. This will then allow the DoWhile activity to exit and the service session will be finished as far as the client is concerned. 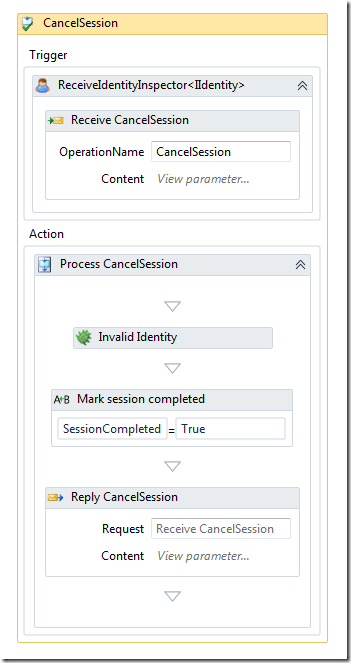 Similarly, the FinishSession operation sets the SessionCompleted flag as True and then does some other work relating to actioning the session outcome.

Note the Delay activity directly after the Reply activity. This allows the workflow to push the response back to the client and then process more work asynchronously. The same technique is used after the DoWhile so that session related resources on the server can be cleaned up asynchronously after the client has finished with the service.

We have seen here that a service operation can be invoked multiple times by using WF correlation and a DoWhile activity.